9 Ways You May Be Hurting Your Liver (Without Even Knowing) 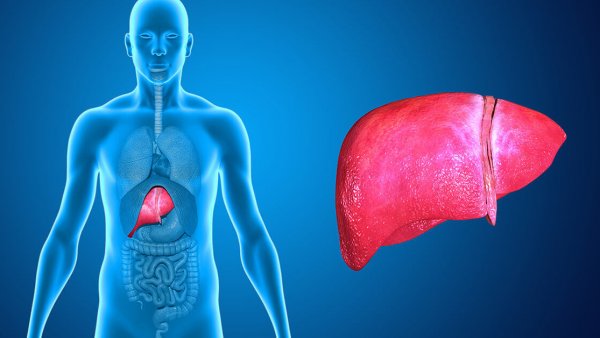 The liver is one of our body’s largest organs but is often overlooked and deserves greater respect. It does all the dirty work for the rest of your body by essentially disposing of all the unhealthy things we consume.

There are several misconceptions when it comes to the liver. These include:

Now that we have identified the function and misconceptions, let’s look at ways people inadvertently hurt their liver, even without knowing it.

We are all very familiar with the damaging affects of alcohol. As stated above, it does not take excessive amounts of alcohol to damage the liver.

Alcohol is a toxin. As the liver works to neutralize the toxicity of alcohol, alcohol dehydrogenase, an enzyme that breaks down the alcohol, is secreted. Because enzymes are genetically controlled (and every person is different and unique), the effectiveness of this enzyme is unique to each person.

Basically, some folks can handle more alcohol than others. It is those who cannot enzymatically eliminate the toxin who are especially susceptible to increased damage. Though alcohol is used in many social circles, it is best to exercise caution in the awareness of its toxicity.

We all know medications are toxic, or they would not be classified as medications. In passing through the liver, medications can provide quite the load.

In a day and time where over the counter pain reliving medications such as Tylenol and other drugs are commonly used, the liver often becomes overloaded. This common use of these so-called “non-dangerous” drugs coupled with the frequent uses a prescription drugs, provide an overwhelming amount of toxicity that eventually causes liver dysfunction.

Many do not give considerations to such things as the standard American diet (SAD). Nearly all processed foods and sugary beverages contain high fructose corn syrup (HFCS), a chemically altered agent whereby enzymatic processing converts glucose into a solution of 55% fructose and 45% glucose. Yes, this is the same fructose that is found in fruits. The problem here lies in the fact that this fructose is “unpackaged” from fruits and made into an unnatural form.

Nearly every cell in the body is able to metabolize glucose, but only the liver cells can handle fructose. If we consume too much fructose over time, the liver will be overwhelmed and suffer irreparable damage.

Here’s how it works: as stated, fructose is processed in the liver where it’s converted to liver glycogen. If, however, the liver’s glycogen stores are full, the fructose is converted into fat. This is where this process begins it’s damaging effects – we begin to see increase of fat build up in the liver.

Also, salt intake in our society has risen sharply. We all have heard the concern of increased blood pressure with the increase of salt. However, Salt can also cause fatty liver disease by building up fluid, through water retention, in the liver.

Too many supplements can damage the liver.

Believe it or not, taking too many supplements can contribute to liver damage. Yes, even quality food supplements must pass through the liver. Normally this is not a big deal. However, with other common abusers, as stated above, these seemingly harmless, and even healthy, substances can lead to damage.

Obesity is a nationwide epidemic. Though it leads to other risks, including metabolic disorders, diabetes, heart conditions, and even cancer, obesity is a major contributor to liver deterioration. This is based on the excessive amount of body fat which can tend to accumulate around the liver, adding to the problem of fatty liver disease.

In tangentially connecting to obesity, diabetes is extremely problematic. Statistics show diabetes increases the risk of liver disease by 50%. This is caused because of high levels of insulin, which does trigger abdominal fat gain.

Emotional and behavioral disorders can damage the liver.

In Traditional Chinese medicine, most organs are connected to an emotion. Many people do not realize the liver is affiliated with anger. It is believed that anger causes the liver is energy flow to be blocked. That said it is important to find ways to release unhealthy chronic anger.

Promiscuous or irresponsible behavior can lead to the acquisition of Hepatitis, a notorious liver enemy. Hepatitis is not only transmitted through sharing needles for intravenous drug use but can also, in rare circumstances, be transferred during sexual activity.

Stress is massive in our society today. When stress begins to overtake our bodies, glutathione is depleted. Since glutathione, the chief antioxidant in the body, is necessary for proper elimination of toxins, the liver becomes over burdened.

Persistent organic pollutants create havoc for the liver. These are environmental pollutants commonly found in our environment, such as petrochemicals, pesticides, insecticides, fungicides, etc. These chemicals can be resistant to photolytic, biological, and chemical degradation. Therefore they can overwhelm organs such as the liver.

It is difficult to avoid these pollutants altogether, so it becomes all the more important to maintain vigilance in all the areas in which we have direct control and knowledge.

Ionizing radiation from exposure to x-ray machines is problematic. Exposure to this type of radiation reduces the amount of vitamin C and vitamin E. These vitamins are important antioxidants which are necessary for liver detoxification.

Our bodies are composed of approximately 65% water. Dehydration, therefore, can decrease detoxification capability of the liver by decreasing the flexibility of the liver. As as the liver loses its hydration status and becomes dehydrated, it loses its organ reserve. When this happens, the risk and severity of illness increases.

To prevent this from happening, the general rule exists to consume roughly half your ideal body weight in ounces of water daily.

It is important to consume clean water. When contaminants are found in the water, such as xenobiotics, substances added to water for general use (chloride, fluoride, softening agents), as well as BPA’s leaching into the water from plastic containers, they can cause taxation of the body’s detoxification system. In this case, chronic stress on the liver is eminent.

You might also enjoy: When and How to Detox