How BPA Affects Your Health 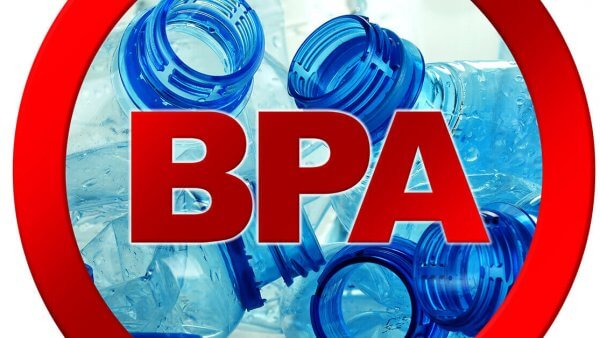 Chemicals that enter our bodies can affect our health in various ways. One of the most common chemical being BPA.  It affects the epigenome and is a cause for other health problems.

BPA stands for bisphenol A. BPA is an industrial chemical that has been used to make certain plastics and resins since the 1960’s.  It is in many consumer products, including water bottles and tin cans. Controversial reports questioning the safety of BPA came out in 2008, prompting some manufacturers to stop using the chemical.

Investigate your product labels. Eating and drinking from these types of containers increase your exposure to health toxins.

In the laboratory, BPA appears to reduce methylation of the agouti gene. In a strain of mice that were studied, yellow mothers give birth to pups with a range of coat colors from yellow to brown. When mothers were fed BPA, their babies were more likely to be yellow and obese.

Yes, the above is talking about mice but BPA is a real problem in humans as well! It is an obesogen and toxin. Consumption of excessive BPA can make keeping your body composition on track very difficult thus, damaging your health.

Some research has shown that BPA can seep into food or beverages from containers that are made with BPA. Exposure to BPA is a concern because of possible health effects of BPA on the brain, behavior, body composition, and overall health.

Additional research suggests a possible link between BPA and increased blood pressure. Your arteries are your internal nutrient highways. When the pressure in this highway system is altered, so is nutrient absorption!

The Food and Drug Administration (FDA) has said that BPA is safe at the very low levels that occur in some foods. This assessment is based on review of hundreds of studies. The FDA is continuing its review of BPA, including supporting ongoing research.

How to Reduce Exposure to BPA

Learning about BPA is another way to make sure you keep your human temple clean and healthy! It’s the only one you’ve got!