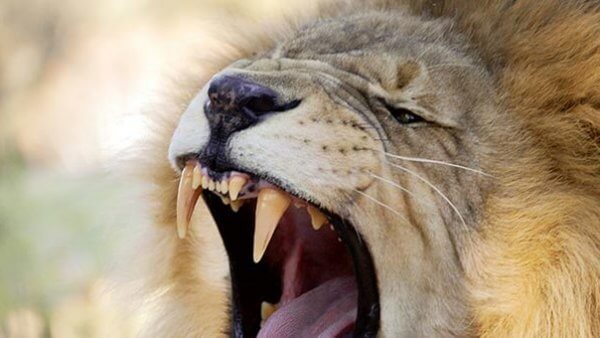 We often hear about the dangers of elevated and abnormally high blood pressure and BMI (body mass index). Abnormal readings in the aforementioned do indeed promote cause for alarm.

Action should be taken to lower each in order to minimize the risk of developing a dangerous health condition. As dangerous as each of these are, it is important to note an underlying cause in the elevation of each…that being the insulin animal.

The insulin animal is much like a gerbil on a wheel. Once it gets set in motion it starts to spin faster and faster with greater and greater intensity until it spins out of control and burns itself out.

It has been said in ancient texts that “your enemy prowls around like a roaring lion seeking those he may devour.” This wild beast of an enemy to our body is the hormone insulin.

If insulin is continually elevated, our body is ‘signaled’ to store fat.

The extra fat, in turn, can promote an increased BMI and negative body composition change (a little more belly fat being present). The extra fat taxes the body’s system going so far as to cause an increase in blood pressure.

So how does one tame this insulin beast and prevent the constant (and dangerous) elevation? The answer lies in understanding what makes it rise in the first place.

Insulin is triggered by the presence of glucose in the blood. Glucose is originally formed as a conversion product of carbohydrates. Carbohydrates, as you recall, are generally those foods that spring from the ground or grow on a tree.

The problem of insulin being on constant elevation begins with the types of carbohydrates we eat and how quickly they are converted to glucose and the amount of insulin that the carbohydrate needs in order to be ushered into metabolic cells. It just makes sense that slowing down the conversion speed and rate of absorption from the digestive tract will slow down the insulin surge.

The rate of insulin response in relationship to a specific carbohydrate is called the glycemic index.

The glycemic index is the amount of insulin that each specific carbohydrate demands for its usage. Every carbohydrate is unique and does not relate to the carbohydrate being simple or complex.

The use of a glycemic index chart lends you the ability to get a handle on taming the insulin animal. The goal is to keep the glycemic index of a carbohydrate in the low to low/medium range.

A glycemic index chart is depicted with a 1 to 100 score for the insulin response to the type of ingested carbohydrate (the higher the score – the larger the insulin animal gets). Carbohydrates are generally listed in three categories of glycemic response – low, medium, and high.

Focusing on consuming low to low/medium glycemic carbohydrates is of utmost importance. To further give you ammunition to not just tame, but defeat the insulin animal, incorporate the following:

As you can see, my encouragement is to defeat insulin animal once and for all. These subtle changes I have outlined above will plant your feet firmly on the pathway to health and promote the reduction of metabolic crisis, excess body fat and other health destroying effects such as high blood pressure.