Does the type of carbohydrate really matter? 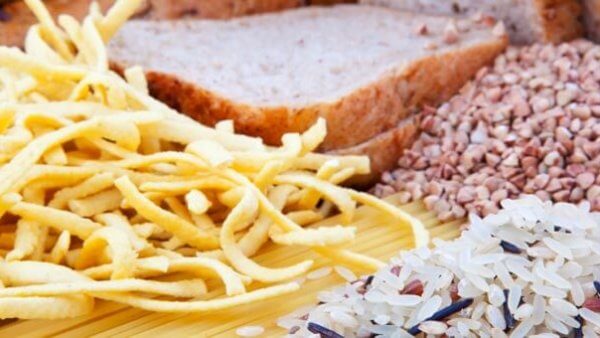 As the low-carbohydrate-diet fad slowly loses steam, another may be moving in to take its place: the glycemic index fad.

The glycemic index (GI) ranks carbohydrate foods based on how they affect the body’s blood glucose levels. “High GI” foods such as corn flakes, instant potatoes, and white bread greatly affect blood glucose levels. “Low GI” foods such as oatmeal, most fruits and vegetables, legumes, and nuts produce less of an effect. Recently, some weight loss diets have popularized the concept of the glycemic index, linking low GI foods to weight loss and high GI foods to weight gain.

The usefulness of the glycemic index in the treatment of diabetes and glucose intolerance has been controversial since its creation some 25 years ago. It’s easy to understand why. The idea of classifying foods into groups – those that greatly affect blood glucose and those that do not – sounds very appealing to people with diabetes. It seems like it could make meal planning easier and improve after-meal blood glucose levels.

Unfortunately, it’s not that simple. Here are a few reasons why.

Figuring out which foods are “high GI” and “low GI” can be complicated, too, because it depends on which base reference is used to determine the GI – white bread or glucose. And believe it or not, many high-fat foods, such as candy bars and pizza, have a low GI.

If food manufacturers begin lowering the GI of processed foods by adding high-fat ingredients or high-fructose corn syrup (which has a low GI), we’ll have the same dilemma we had when low-carb products began inundating the market: junk foods that have been altered and labeled as healthy.

Some studies show small improvements in A1Cs among people who are attentive to the glycemic index. But reducing calories, weight loss, and basic carbohydrate counting have been shown to be more effective in improving A1Cs among people with type 2 diabetes than basing diet decisions on the GI.

Exercise is the number one factor for improving blood sugar levels, lowering insulin resistance and reducing body weight. It truly is not just one thing that cures the problem. It is attention to all of the factors that create the problem. Diet, exercise, genetics, and various other elements (STRESS).

I suggest minimizing “high GI” foods in favor of “low GI” foods to gain better blood glucose levels for two reasons. First, there is not enough evidence yet to show that such an action actually will improve your blood glucose levels; and second, choosing foods based solely on GI will compromise healthy eating.

We must take into consideration that the amount of insulin produced or secreted by the high glycemic index foods can be harmful to a pancreas over a long period of time. Excessive over stimulation of the pancreas leads to metabolic syndrome, insulin resistance and eventually DIABETES.

It is best to be mindful and know that our organs do have a time clock and that it is best to preserve them and have them work as well and as long as possible.  This means a better quality of life for a longer period of time. Paying attention to the gasoline you put in your engine is a good place to start. Look at what you are eating, read the labels, evaluate the portion sizes and the macronutrients in the choices you make.

Get the Glycemic Index Food Chart

Base your food choices on a nutritionally balanced diet while controlling your total carbohydrate intake is a first measure and place to start. You have to understand your own personal machine – no one can do that for you. Learning how fuel works in your system takes paying attention. If you need an approach to get you started, that is where we can help you. With many years of practice under my belt and hundreds of athlete on nutrition I have a very strong idea where to start. Once we establish your baseline and understand your engine of metabolism we can help you fine tune your human machine.