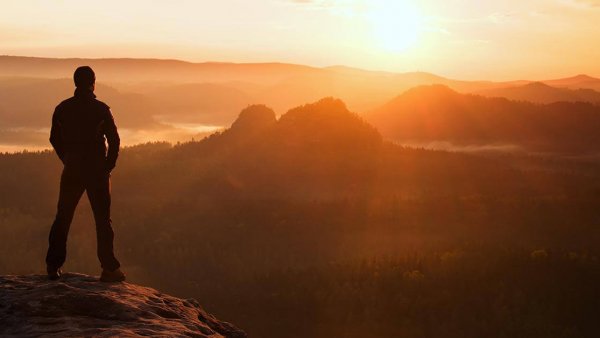 When I first met Paul, we connected immediately. We have similar ages and backgrounds. Paul was struggling though with the following documented medical conditions: sleep apnea, type two diabetes, hypertension, depression, and chronic fatigue syndrome. Additionally, he had put on a lot of weight and was feeling as if the better part of his life was gone.

I had seen similar behavior before with both men and women. Reaching the middle of your life, whether 40s or 50s, can be quite dramatic. Both Dr. Michele and I can relate to people in that way. We are in that age bracket ourselves.

Paul initially wanted hormones. He had read all the information about how they were the next big fix. Did I mention his testosterone was low? Well, it was very low…to the tune of 147. Paul was insistent on hormones. We obliged him. After a couple of months, he felt a little more energy, but the overall symptoms did not disappear. As a matter fact, his of abdominal fat increased. As you may guess, this did not go over well with his depression. Now, he was feeling as if he wasn’t very attractive to his wife of 30 years.

Both Dr. Michele and I encouraged him to turn his nutrition around. We simply wanted him to cut the amount of sugars, grains, and breads down substantially from his current diet. He was insistent that he was eating gluten-free things. The only times that he had no control, according to him, was when he would go to eat with his friends from work.

Basically, Paul wanted to eat what he wanted to eat and really thought that answers could be found elsewhere. Additionally, stress was increasing at work with budget cuts affecting employment for many. Though Paul’s job was secure, others are not so fortunate. This increased his workload substantially.

His sleep began to be severely limited. He continued to work harder because he felt it was his duty. He even told me he did not want to disappoint his wife, or anyone else. His occasional glass of wine became something he did each night. He emphatically stated it helped him “relax and sleep better”.

After approximately six months, Paul’s conditions had gotten worse. He got more down, depressed, and really felt defeated. At this point, I thought Paul would disappear from our practice. For some reason he kept coming back. I’m glad he did.

During month seven, Paul took me up on a challenge. The challenge was simply this, that Paul would avoid sugars, alcohol, and all grains for seven days. I even told him I would text him twice a day for seven days in a show of support. I was not sure this challenge would be successful because quite frankly, Paul had tried many other things before. He tried Nutrisystem, weight watchers, Whole Food challenge, HCG diet, and others. According to him, his success was up-and-down.

Paul struggled mightily during day two. My twice a day text message became almost a constant conversation. However, I continued to encourage him to press on. At the end of day three, Paul called the office in a panic and scheduled an emergency appointment.

When we met, Paul was flushed, scared, and almost chaotic with his thoughts. We began to have candid conversations as to his struggle. During the conversation, I discovered Paul had a hard-working, high demanding father. The father said things that elicited the feelings of inadequacy in Paul. He was holding bitterness and unforgiveness against his father.

Paul also had a lack of deep-down self-confidence with self-esteem issues. His father had died over 15 years ago. Why was he still holding this intense resentment? I couldn’t figure it out. It seemed so easy, but then again, it can be hard. I begin to ask myself if I had those feelings toward anyone. I begin to think back at all the people Dr. Michele and I had seen that have had the same issues that carry over into adulthood. We all know what I am talking about, don’t we?

About 45 minutes into our time, I picked up a book from which I routinely read. The book is called Jesus Calling. After reading the daily devotional, Paul begin to cry. At that point I asked him why he was crying. He began to open up about how he needed to forgive and let go.

He had tried to do things his way for so many years. He was still trying to please his long passed father. He realized his feelings of inadequacy were truly unnecessary when I explained to him how successful he was with his job, with his wife, and with his three beautiful children.

After all, Paul had a nice house, a stable and tenured job, and was well respected by many, not just in the community, but in the State. He openly asked God to forgive him for holding the bitterness against others and for not seeing himself in a positive manner. I slowly watched Paul change. His change was not just an expression, but in total look and demeanor. I believed I was witnessing a miracle.

Paul left the office that day and I did not know if he would return. I followed through the rest of the week with my two text messages a day. He always answered saying he was doing fine. Was he, or was this just an avoidance mechanism? I have seen many people avoid this idea of accountability before. As a matter fact, people come into our office routinely looking for accountability, but for some reason, when I gets down to it, many run away from it.

After about another week, I received a call from Paul. He stated that he had continued the challenge for not just seven days but for 14. Feeling much better now, Paul assured me he was going to stay with it. He had a new lease on life and a renewed purpose. I didn’t feel like I was talking to the same guy. Something has definitely changed.

I didn’t hear much from Paul for about three months. One particular day in which I will not soon forget, Dr. Michele came to me in an excited manner. I thought she was just coming in to tell me how much she loved me. LOL. Instead, she asked if I had seen this. I didn’t know what she was talking about but she was holding some papers in her hands. It was Paul’s lab report.

His blood sugar was now in normal range, his lipid panel was normal, and he had lost 47 pounds, And even his testosterone hormone level elevated to normal ranges. Dr. Michele went on to state that he had wanted to get in with her as soon as possible to discuss cutting down the amount of medications. Did I mention he was on about six different types of medications?

About six months after our emergency meeting in which Paul prayed, asked for and received forgiveness, Paul is off all but one medication. I believe that one will go away soon too. He’s a different guy. He is happy, thriving, sleeping well, eating well, and has plenty of energy.

Is this a miracle? I vote YES. Did the miracle come from exercise, nutrition, prayer, or just good old honesty? Actually, it was all of those. That’s how miracles work sometimes. We have to take some action and put some effort into it.

It kind of goes against the grain of society. We want something for nothing, think we deserve everything, and generally don’t put out any effort. Society will tell you there’s a quick fix. There is simply not. It requires exactly what Paul demonstrated. A little bit of trust, a good amount of effort, and learning to trust in that thing called faith.

Paul’s story is dramatic for sure. Dr. Michele and I have seen others very similar in nature. When I think of Paul, I think of many other people just like him, or even just like her, everywhere across America today. The real beginning of Paul’s miracle started when he asked for forgiveness and let go of the bitterness.

I really believe that’s what all of us need to do. Maybe miracles would come our way to a little more often.