Is our faith a private matter? 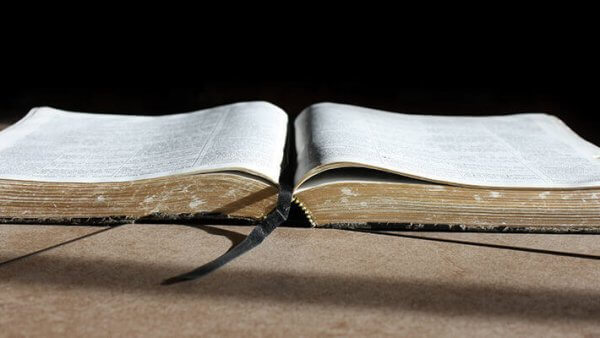 This question has been a topic of conversation and point of contention for a number of years. Some stand on one side with great passion while others stand at any point in between.  Let me take a few moments to expound on the question.

First, my country, the USA, was fundamentally founded on the principle of “In God We Trust.” Notice the word “WE”.

That appears as a group as a WHOLE…meaning the founding fathers of this country adopted this motto as they represented the ENTIRE country.

Since our country placed its’ trust in God publicly as the founder and provider of freedom, opportunity, and security, I wonder how faith becomes private?

You see, faith and trust are tied together. You cannot have faith unless you have trust and vice versa. Obviously, the founders felt PUBLICLY confident in taking this stance.

Notice the use of the word “God”. It is a capital “G” rather than a small “g”. This clearly brings us to the public presentation of the one and only GOD, who is the creator of the world and all mankind.

Sadly, we hear rumblings today about removing God from our money. So far, some have removed Him from our homes, jobs, and schools.  What are the results?

I do not have the time to write about ALL the detrimental effects.  We have seen our country morally and ethically slide, people resort to unfathomable levels of evil, and some of the greatest tragedies in human history.

What about offending people?

We talk of keeping our faith a private matter as to not offend anyone. It seems that our desire to do this has caused the offense to be self-inflicted.

I would rather have someone stand against faith – YES even atheism – then stand for NOTHING.

If you stand for nothing (as to not offend – or remaining ‘private in the matter’); you can fall for anything. Haven’t we fallen as a country far enough? Our fear of the public faith stance has made us, as a nation, our own worst enemy.

Additionally, I am bold enough to point out that Jesus, GOD’S SON (yes the same God in which WE place our trust), died a very public death on a cross. This is historically true, but also very important as it relates to our public stand on faith.

He died for our sins (in which we are born into); he paid the price that we deserved to pay; he rose again from the dead so that WE could have life in Him. That life represents an eternity in the presence of GOD.  The life, death, and resurrection of Jesus were PUBLIC.

Why should our faith be private?

Friends, our country was founded on public faith in GOD. Our blessings, opportunities, and hope we experience today are ALL authored by God. If he didn’t create it and allow it, it would NOT happen.

We can accomplish NOTHING without Him. We may try to say faith is a private matter. However, the more we act on that premise, the worst things become for us.

I would not want to leave this earth without having a PUBLIC FAITH in which I boldly stand. We can make loads of money, have much success, experience the entire world has to offer, and attain high levels of fame, but when we leave this earth, we will take nothing.

There are NO TRAILER HITCHES on the rear ends of hearses.

Is your faith private or public?