10 Foods that Contain Gluten (this may surprise you) 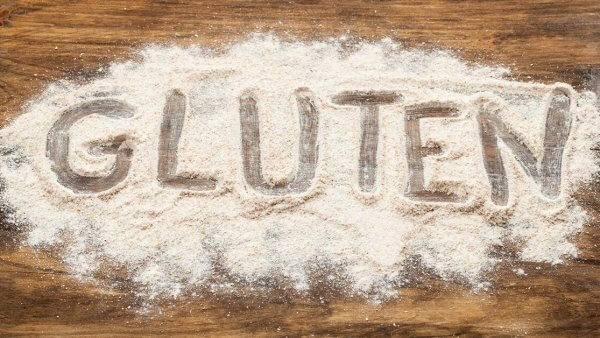 Gluten is a protein component of wheat (including durum, semolina, and spelt), rye, oats, barley, and related grain hybrids such as triticale and kamut.

Gluten is not natural to food and is often added to foods to promote strength and stickiness to dough as well as assisting in expansion and rising (this is because gluten contains gases).

Gluten helps give bread its ‘chewiness.’ Without it, the bread would be more like puddy. Since gluten seems to affect expansion (making things bigger), it stands to reason why the food industry would use it to create more for less.

As an example, compare a loaf of bread some 50 years ago that may have been as much as half the size it is today.

Some Side Effects of Gluten Intolerance

Celiac disease may also result from gluten intolerance. This is considered a hereditary disorder of the immune system.

Consuming gluten can in turn cause irreversible damage to the lining of the small intestine. This causes a weakening of the immune system since the nutrients are not absorbed properly.

It is estimated that 1-2% of the population has this condition. Some experts further estimate that 9 out of 10 people are unaware they have Celiac disease.

Bottom line…one must ask if we really have a need for gluten.

There appears to be no health benefit, only a ‘tolerance.’ The benefit, it seems, falls in the area of manufacturers maximizing profitability.

Rather than simply being tolerable with our bodies (and lives for that matter), doesn’t it make more sense to putting things inside that provide real benefit (fruits and vegetables)?

You make the call…’possible tolerance’ or benefit. Which one has greater potential to maximize our health profitability?