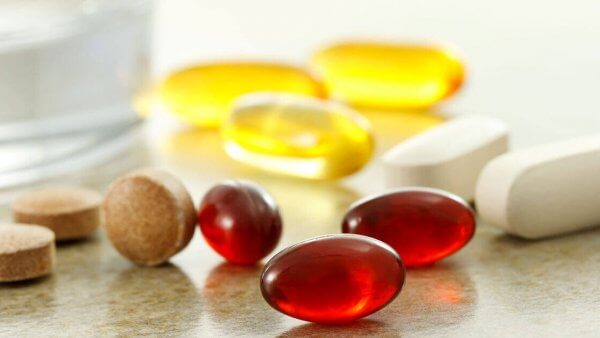 Many have attended our classes and explanation of what we call the “core four supplements”. When we speak of optimizing mitochondrial function and preservation of the cell health, these are absolutely critical.

The core four are as follows: B complex, magnesium, CoQ10, and omega-3 fish oil. When considering the criticality of each of these to maximize our bodily function, we must analyze high-quality, absorbability, delivery and efficacy. Allow me to synopsize each of the core four.

Get the Core Four Supplements Now →

B vitamins are a class of water-soluble vitamins that play important roles in cell metabolism and mitochondrial function. In general, supplements containing all eight are referred to as a vitamin B complex. Individual B vitamin supplements are referred to by the specific name of each vitamin (e.g., B1, B2, B3 etc.).

Each B vitamin is either a cofactor for important metabolic processes. When quality B vitamins are nonexistent, the mitochondrial optimization is hampered much like an automobile in which the spark plugs are not functioning.

What We Use: Magnesium Buffered Chelate

Magnesium, an abundant mineral in the body, is naturally present in many foods. Magnesium is a cofactor in more than 300 enzyme systems that regulate diverse biochemical reactions in the body, including protein synthesis, muscle and nerve function, blood glucose control, and blood pressure regulation.

Magnesium is required for energy production, oxidative phosphorylation, and glycolysis. It contributes to the structural development of bone and is required for the synthesis of DNA, RNA, and the antioxidant glutathione. Magnesium also plays a role in the active transport of calcium and potassium ions across cell membranes, a process that is important to nerve impulse conduction, muscle contraction, and normal heart rhythm.

What We Use: BioDK Caps

We need strong bones, strong teeth, and a strong immune system. It’s important to understand that sufficient amounts of Vitamin D3 along with Vitamin K2 are necessary to achieve those goals.

Vitamin D is an antidepressant. So when the sun goes behind the clouds in the wintertime, what do we get? S-A-D, seasonal affective disorder.

So as Vitamin D drops, you might get a little bit depressed. Vitamin D is also very directly related to the immune system, so for every bacterial infection and every viral infection that you fight, your body uses Vitamin D.

So if that Vitamin D level is low, the immune system can’t fight very well. Vitamin K2 is also important in directing calcium to come in through the gut and to go to the bones.

Vitamin D aids its absorption and K2 tells it where to go. Oftentimes, K2 comes from healthy gut bacteria.

That’s right… your gut bacteria actually make it, but most of us have the standard American gut, and it’s sad. It can’t make enough K2.

So ensuring you have adequate K2 with your Vitamin D will give you good calcium absorption. This is because Vitamin D brings calcium in from the gut and K2 tells calcium where to go.

In either case, we do that based upon what we see in the person in front of us with their blood work and some other factors. These are necessary.

This is one of those things that everyone needs, no question, and this is the right combination to get it going.

Studies suggest that higher dietary omega-6 to omega-3 ratios appear to be associated with worsening inflammation over time. Because of the natural high consumption of omega-6’s within the standard American diet, we focus on increasing the amount of omega-3’s. Our recommendation is at least 3g daily for women and 4g daily for men.

Experience a higher quality of life.

So there you have it: “The Core Four” nutritional supplements. When one consumes these in the right amount and the right quality, better health, more energy, and higher quality of life are experienced.