What Makes Us Fart (and how to lessen its frequency) 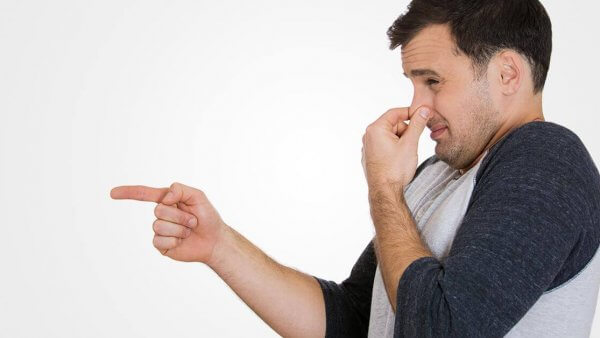 The “FART”! What a word! I am not sure of the origin of this word. All I know is that the “fart” is more properly named flatulence.

Men sometimes call it “music to my ears” or “my other language”. Women may call it “tooting”, “pooting”, or “passing wind”, or not acknowledge it at all. However, flatulence is indeed very real.

We all know it and we have all felt its ill effects in our nostrils. Before you stop reading this as comical nonsense, it is very important to answer the following questions: Is it normal? What are the causes? Can it ever be a problem (other than the odor)?

Gas collects in two main ways. First, when you swallow air during eating or drinking, oxygen and nitrogen collect in the digestive tract. Second, as you digest food, digestive gases such as hydrogen, methane, and carbon dioxide collect. Either case can cause flatulence.

Flatulence is very common, and it is estimated that a man will naturally pass wind between 14 and 25 times a day. A woman will pass gas between seven and 12 times per day.

If you pass wind more frequently than this on a regular basis, you could be suffering from excessive flatulence, which has a number of causes.

If your diet is high in foods such as beans, cabbage, broccoli, raisins, lentils, prunes, and apples, you may suffer from flatulence. These foods can also take a long time to digest, leading to an unpleasant smell associated with flatulence.

Foods high in fructose or sorbitol, such as fruit juices, can also cause an increase in flatulence. Additionally, foods high maltitol, erythritol, and xylitol can add to the matrix.

If your diet does not contain a large amount of carbohydrates or sugars, and you do not swallow excessive air, your excessive flatulence may be caused by a medical condition.

Will it cause a problem with my health?

Potential conditions behind flatulence range from temporary conditions, such as constipation and gastroenteritis, to food intolerances, such as lactose intolerance. Digestive problems, such as irritable bowel syndrome (IBS) and celiac disease, can also lead to flatulence, although they are rarely the cause.

Patients can also have a serious underlying disease of the digestive tract, such dumping syndrome or pancreatic insufficiency that is the cause of their gas symptoms. These conditions may lead to improper digestion of food and result in excessive diarrhea, flatulence and finally, malnutrition and weight loss.

This can lead to partially digested food passing from the small intestines to the colon. There are a large number of bacteria in the colon that will readily “digest” the food further and produce gases in the process.

Foods that contain certain sugars that are very difficult for most people to digest include the well-known gas-forming foods such as baked beans, lima beans and lentils.

Some people (particularly adults of Asian, African and Southern European descent) have difficulty digesting lactose (milk sugar) because they do not make enough of the enzyme, lactase, which is needed to breakdown lactose. If there is a large amount of lactose in their diet, then the incompletely digested lactose will pass to the colon where bacteria break it down and produce gas.

It is also thought that there are differences between individuals in their sensitivity to intestinal stretching from gas, and their tolerance for gas related symptoms. The sensitivity of the gastrointestinal tract and the severity of symptoms tend to increase as the amount of stress increases.

What can I do about it?

Keep a nutritional log to identify culprits. Eat smaller and more frequent meals. Chew your food until it becomes ‘soupy.’

There are no long-term consequences for not treating flatulence. If the flatulence is caused by a food intolerance or digestive issue, the problem may get worse, or other symptoms may develop.

In some cases, prolonged excessive flatulence can lead to other issues, such as depression and eating disorders or even a higher than normal amount of spousal disagreements. It is important to maintain a healthy diet and to see your doctor if the problem begins to negatively affect your life.

A Few Supplements You May Find Helpful

Probiophage DF™ is a specialized bacteriophage formulation combining four types of phages (as the proprietary bacteriophage blend PrePhage™) along with seven strains of probiotics.

This product is designed to support the proliferation of beneficial bacteria throughout the small and large intestines in order to promote healthy GI and immune function. This dairy-free formulation is featured in a delayed-release capsule to increase intact delivery to the small intestine by protecting these organisms from stomach acid.

IB Synergy™ is designed to target the enteric nervous system, the nervous system that controls the GI tract. Considered to be the body’s ‘second brain,’ it is made up of a self-contained, complex network of neurons, neurotransmitters, and proteins embedded in the lining of the GI system.

It is responsible for all aspects of the digestive process, from the esophagus to the stomach and small and large intestines and works to regulate normal digestive activity.