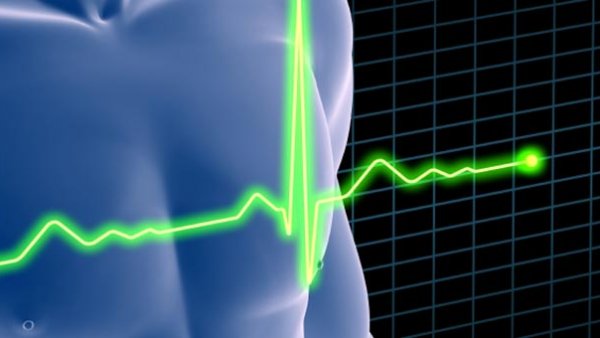 There’s no doubt that exercise has its benefits. We’ve known that it rebuilds muscle, increases metabolic rates, lowers heart disease risks, improves posture and enhances the overall quality of life.

Now a landmark study demonstrates that exercise does even more—making you smarter, boosting brainpower and potentially staving off or delaying Alzheimer’s. That alone is enough to get you off the couch and out for brisk walks.

A Newsweek article—“Stronger, Faster, Smarter” by Mary Carmichael—discusses the science behind the study and what that means to you and me.

Published in the Proceedings of the National Academy of Sciences, the study’s researchers had subjects do a three-month aerobic-workout, which “coaxed the human brain into growing new nerve cells . . . to form dense, interconnected webs that make the brain run faster and more efficiently.”

Previously, the process of growing new nerve cells was considered unattainable. But scientists are now equipped with such advanced technology that they can evidence the complex effects exercise has on the brain.

The brain has a sense of neuroplasticity.

According to the article, “those who gained the most in cardiovascular fitness also grew the most nerve cells.” The growth occurred in the hippocampus part of the brain—the section controlling memory and learning.

How it works is that when you exercise—hopping on a treadmill, going for a brisk walk, jogging along a path, swimming laps or lifting weights—chemicals such as IGF-1 enter your bloodstream and brain, then stimulate production of other chemicals, such as BDNF (brain-derived neurotrophic factor)—a “Miracle-Gro for the brain.”

In other words, what you don’t use you lose.

IGF-1 is an insulin-like growth factor, which ultimately yields growth-promoting effects. Exercise, stress, emotional excitement, diet and aging all affect its production levels and, subsequently, the production level of BDNF.

The more BDNF, the more your brain nerve cells fan out, forming the interconnected webs mentioned earlier, to communicate—creating a larger capacity for you to store information.

In the Newsweek article, UCLA neuroscientist Fernando Gómez-Pinilla says, “a brain that’s low on BDNF shuts itself off to new information.” The good news is that exercise appears to restore the hippocampus to a “healthier, younger state.” And that is golden as we age.

The metabolite IGF-1 starts to dwindle between 15 and 20 years old—then continually declines rapidly from that point forward. Similarly, BDNF levels drop. That opens the doorway to a major concern for all of us: Alzheimer’s, which first targets the learning-memory center, the hippocampus.

Per the Newsweek article, “early studies suggest that people who exercise at least a few times a week tend to develop Alzheimer’s less often and later than their more sedentary counterparts.”

A 2001 study concluded “women with a greater physical activity level at baseline were less likely to experience cognitive decline during the six- to eight-year follow up.” Kristine Yaffe et al, “A Prospective Study of Physical Activity and Cognitive Decline in Elderly Women Who Walk,” published in the Archive of Internal Medicine.

The authors also stated there are “several possible mechanisms by which physical activity could affect cognitive function, including increasing cerebral blood flow, reducing the risk of cardiovascular and cerebrovascular disease and stimulating neuronal growth and survival.”

A February 2002 study supports Yaffe’s results, finding “specific aerobic training and mental training used in this study could induce the same degree of improvement in cognitive function and that combined training seemed to lead to greater effects than either technique alone.” Federica Pignatti et al, “Physical Activity and Cognitive Decline in Elderly Persons,” published in the Archive of Internal Medicine.

Immediate results, but must be maintained.

The effects of aerobic exercise on the brain are apparent rather quickly, also giving you a sense of tranquility and helping you stay more focused. But like any exercise benefit, the regimen has to be kept up for you to continue reaping rewarding results.

In fact, a month off from exercise means astrocytes (cells supporting neurons) start to “shrink,” causing neurons to not function as well.

We  realize that youthful aging requires the synergistic power of exercise, a low-glycemic nutritional protocol, nutraceuticals (vitamin and mineral optimization) and hormonal balance (when a comprehensive evaluation reveals deficiencies). You have to show up and do the work in order for it all to work.