How Nutrition & Exercise Affect Your Brain 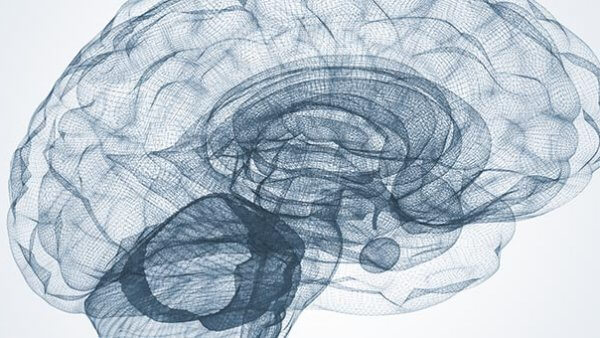 Cognitive health refers to your capacity to think, recall and process information. Who wants to suffer from mental impairment? No one!

Recent studies suggest lifestyle choices affect the metabolism of nerve cells. Nutrition (the energy and nutrients the brain needs) and exercise (the blood flow and oxygen) are paramount in long term cognitive health.

Maintaining the human temple in top shape requires disciplining lifestyle with healthy food choices that provide good nutrition and exercise which circulates blood and carries nutrition and oxygen to the cells of the brain.

How does the brain work, and what does it do?

Your brain is an organ that serves as the center of the nervous system in your human body. If you think about it, (no pun intended) it is really where you live.

The brain is the most complex organ you own. In a typical human, the cerebral cortex (the largest part) is estimated to contain 15–33 billion neurons each connected by synapses to several thousand other neurons.

These neurons communicate with one another by means of long protoplasmic fibers called axons, which carry trains of signal pulses called action potentials to distant parts of the brain or body targeting specific recipient cells.

Physiologically, the function of the brain is to exert centralized control over the other organs of the body. The brain acts on the rest of the body both by generating patterns of muscle activity and by driving the secretion of chemicals called hormones. This centralized control allows rapid and coordinated responses to changes in the environment.

Some basic types of responsiveness, such as reflexes, can be mediated by the spinal cord or peripheral ganglia, but sophisticated purposeful control of behavior based on complex sensory input requires the information integrating capabilities of a centralized brain.

From a philosophical point of view, what makes the brain special in comparison to other organs is that it forms the physical structure associated with the mind. One cannot really put a finger on where or what the mind is.

As Hippocrates put it: “Men ought to know that from nothing else but the brain come joys, delights, laughter and sports, and sorrows, grief’s, despondency, and lamentations.”

Through much of history, the mind was thought to be separate from the brain. Even for present-day neuroscience, the mechanisms by which brain activity relates to consciousness and thought remain very challenging to understand.

The operations of individual brain cells are now understood in considerable detail, but the way they cooperate in ensembles of millions has yet to be solved.

The most promising approaches treat the brain as a biological computer, very different in mechanism from an electronic computer, but similar in the sense that it acquires information from the surrounding world, stores it, and processes it in a variety of ways, analogous to the central processing unit (CPU) in a computer.

The health of the cells of the brain, of course, determine the capacity with which it can function at such an integrated degree.

How Nutrition & Exercise Affect Your Brain

Through our lives we don’t give much thought on taking care of our brains.

This precious organ is uniquely protected by many layers of meninges or membranes and a protective circulation called the blood brain barrier. This barrier keeps out things that may harm that which if even a minuscule amount were to cross could lend to lifelong consequence of brain or central nervous system dysfunction.

Through the passing years this barrier may become susceptible to oxidative stress, lending some of the decline we see and place medical terminology on it (ex: dementia).

The brain is an energy-hungry organ.

Despite comprising only 2 percent of the body’s weight, the brain gobbles up more than 20 percent of daily energy intake. Because the brain demands such high amounts of energy, the foods we consume greatly affect brain function, including everything from learning and memory to emotions.

Just like other cells in the body, brain cells use a form of sugar called glucose to fuel cellular activities. This energy comes from the foods we consume daily and is regularly delivered to brain cells (called neurons) through the blood.

Studies suggest the quality of the foods consumed over the lifetime affects the structure and function of the brain. For instance, the consumption of omega-3 fatty acids found in fish provides structural material to maintain neurons. Studies also suggest omega-3 fatty acids are essential for the transmission of information between brain cells.

A good omega-3 index score tells of cellular health and viability of cell to cell communication.

In contrast, foods that are rich in sugars and saturated fats have been found to promote oxidative stress, which leads to damage of cell membranes. These products cause proteins in your body to become sticky and lend damage to nerves, arteries and all of your metabolic tissues.

With high levels of sugar for long periods of time, the body starts to break down and show signs of kidney disease, eye disease, and or nerve damage.

The food you eat also affects molecules in the brain that support how you think. Some foods, such as those with turmeric, support cognition by helping to maintain molecular events related to energy metabolism. If the brain does not have sufficient energy, it can’t show up for you to think.