Your Past Does Not Decide Your Future 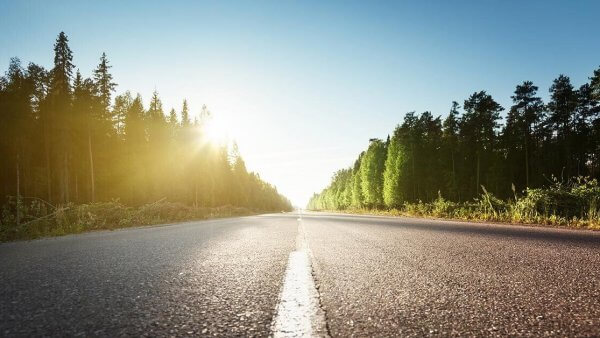 When people notice my stature and physique then hear my enthusiasm, passion, and abilities when I speak, I realize some may see a person who they believe has not had too many struggles.

Let me begin by painting you a picture of a pudgy teenager who was bullied. I clearly remember being much weaker and smaller than most and some of the ‘cool’ kids actually hitting me on the head and flipping my somewhat large ears.

I was the subject of some ridicule but never allowed anyone to see my hurt.  Being nice and friendly to all was my coping mechanism.

My relationships with girls were nonexistent.

Though I was a ‘nice’ guy, I really did not have the exterior looks to appeal to the ‘cute’ girls in my school. But, I did have some girls want to ‘just be friends.’

I was fairly gifted athletically and used sports as my ‘escape’ too.  As I write this, I suspect some memories may be rekindled in your life.

After being fairly successful in baseball, I was able to play baseball on a very partial scholarship at a small NAIA school. Because my social confidence was somewhat scarred, I put ALL my effort into the athletic arena and was able to work my way to nearly a full scholarship by my senior year.

After college, my dream of playing major league baseball was never realized, although I was able to play briefly as a bullpen catcher at the AA level here in the States then a year in the South Australian Baseball League.

While in Australia, something very strange happened to me. I had a lot of spare time during the day and decided to try lifting weights. This experience drastically changed my life.

After I returned to the US, two things happened:

Now, all the girls wanted to date me and be ‘more than friends.’ Because I had literally NO experience in this area, I made horrible choices regarding the women in my life.

I have been married and divorced twice since but did have three wonderful children.  Make no mistake; divorce has a terrible affect on kids.

In these days of the internet, things can get posted and mysteriously become the Gospel.  One of my favorite sayings is ‘trying to undo a rumor is like trying to un-ring a bell.’ It simply cannot be done.  It truly seems to be the norm these days to believe the juicy rumor without testing its veracity.

If that wasn’t bad enough, my mother suffered from depression and a somewhat tumultuous relationship. This ended unexpectedly when she took her life some 10 years ago.

My heart breaks anew each time I speak of this event. I simply miss her so much.

Since I am an only child, much of this burden still rests heavily on my shoulders. My father, who is still alive, has not been the same since and has been a much different guy.

In addition to these struggles, I have been a single parent for quite some time.  Trying to raise children in this world with no family to assist has been difficult.

I am just touching on some major struggles I have had without going into great detail.  I do not say all this to make you say ‘poor baby.’ After surviving and continuing to fight, I hold my head high with enthusiasm and passion.

You see; I know what it is to hurt and suffer loss.  The scars I have will never go away; they are deep inside my heart.

Because I have the benefit of looking ‘back’ on those aforementioned struggles, my compassion for others is unexplainable. I deeply care!

I love my father, my children, and all people in a manner that seems unfathomable to me.  Only God has made this possible.

It is NOT about me being religious. Religion makes me want to vomit. It is, however, about my real relationship with God.

Things have not been easy for me.

So the next time you see or hear me, realize there is depth in my experience and sincerity in my passion.  Please forgive me if you feel I have been too forthright, but you need to know that things (and people) are not always what you see on the surface.

Note: This is an excerpt from Dr. Mark’s book, The Quest for Wellness