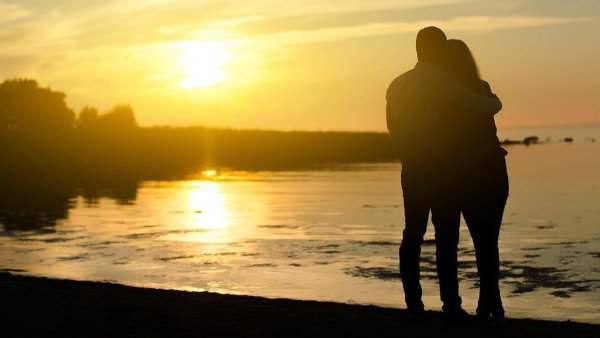 Jane (38) is the mother of two beautiful children, ages six and eight. Her schedule is overly busy with homeschool and house manager duties. Her husband, Tom, travels a lot, sometimes gone for 2 weeks at a time, and supports the family extremely well financially. She finds herself overwhelmed often and lacking what she describes as “proper support.”

Jane spends as much time as possible hanging around other mothers with common interests as well as motherhood duties. She had put on over 80 pounds in the last six years. She said the extra weight began after giving birth to her second child. She had had success getting it off after child number one, but definitely not after child number two. Jane had been to weight-loss clinics, spent thousands of dollars on online diets and fat burning supplements, and even tried drugs to get the weight off.

When Jane came to our office and told me her story, I must admit it was all too common. Many mothers had come into our clinic with this common dilemma. Struggling with sugar addiction, depending on Starbucks coffee to say alert, and having to take a Xanax to get sleep and ease anxiety are some very common characteristics.

I know what you’re thinking now while you are reading her story. “That sounds like me, I am facing the same issue.” I agree. Many many mothers struggle with many of these same issues. Life can be overwhelming, kids can be demanding, and we can become far too busy to think about proper diet and exercise.

I felt for Jane. I’ve seen this before. In my heart though, I believe Jane needed more than simply nutritional adjustment. But you have to start somewhere right?

Jane started with one simple change.

Jane began to adjust nutrition by trying to do one meal per day that we deemed “healthy.” We selected the first meal, because we thought that was the easiest to correct. Jane was to eat two hard-boiled eggs, two pieces of bacon, and one piece of low glycemic fruit. Sounds easy enough right?

Sometimes it is easy to set small goals like this rather than try to set the bar too high and induce certain failure. I find that many patients fall into this trap. They have been eating poorly and know they need to eat better. They immediately say they’re going to eat nothing but nutritious food from this point on. They even commit to eating vegetables with every meal. Sometimes that works. That’s what I would like and that is the best. However, every person is different.

Many, like Jane, need to start off very small with change. Small changes that are successful can add up to large changes over the course of time. Large changes over time can result in permanent habits being formed.

I did not hear from Jane for about a month. I was certain, based upon her level of encouragement when she left my office, that she could successfully do “one meal per day.” After 30 days, Jane again came to our clinic. To my surprise, according to her, she failed miserably in even the one meal per day. She was frustrated as you can imagine.

Jane stated her inability to control the first meal was based upon getting up late and rushing to begin her day. She asserted she just did not have time to cook. And, to make matters worse, she had gained another 5 pounds. Wow, I thought, how many people are just like Jane, struggle even with the first meal of the day?

After the first change failed, we tried something else.

So we readjusted things. Now Jane was going to try to do a simple shake in the morning. That’s it, just put the premixed powder in the unsweetened almond milk and shake. Now surely this would work. We agreed she would come back 30 days later.

After 30 days, Jane and I visited again. She had been fairly successful with the shake and had managed to lose 2 pounds. She was feeling better, but inside my heart, I knew they were much deeper issues. I just couldn’t put my finger on it.

Here was a woman who could, because of her enormous wealth, do anything and have anything she wanted. Why couldn’t she get a handle on her food? We decided to press on of course. This time, we decided to take on the awesome task of trying to successfully navigate two meals per day from the healthy category.

Jane would eat a salad with a small piece of protein for lunch. I hoped she would be able to have more success this month and build her confidence. After all, Jane had what appeared to me to be a deeper sense of despair in her demeanor for a long time.

I did not see Jane until about 60 days later. When we talked, she seemed to have gone backwards with her progress. Not only had she not controlled meal two, but now she was struggling just to get the shake in during the morning. She informed me she was heading back to your old habits of having a doughnut, breakfast bar, or bowl of cereal for breakfast. She did this, she said, because this “is what her kids like to eat.”

After several failed attempts, we began to dig deeper.

She called herself “fat and ugly.” When it came to her husband, there was outright anger. Down deep, she held resentment because of his many days away from home. She felt like she was raising the kids by herself, all alone. I thought to myself, “Wow, I have heard many other women express similar, huge resentment toward their spouse for lack of support.” She insisted she loved her husband very much, but she just wanted him around more and missed their time together.

This time, Dr. Michele and I put our heads together and come up with a plan. First, we challenged her to read one chapter from the book of Proverbs daily. Second, we ask Jane to set up a call with her husband Tom. During the call, we asked her husband to get a child sitter and take Jane on a weekend vacation.

We thought putting those two in a non-distracting setting would rekindle their commitment and love. Actually, after we thought about it, Dr. Michele and I agreed that this would be a great plan for every married couple. How many times has work, and the subsequent pursuit of money, taken away true focus in a relationship? Many times, we know this behavior can lead to separation, and even divorce.

We believe making these two simple commitments, reading the Bible and planning a weekend like this once every two months, would be a recipe for success. Jane was to report back in 30 days.

Jane finally discovered what worked for her.

When Jane came back, what a difference! Her constant frown had now become a smile. She was genuinely excited. I asked her about the weekend to which she reported nothing but wonderful memories and reconnection with her husband. She even said she had let go of the resentment towards him.

She indicated this happened during their quiet time and talks they had together. There was lots of honesty and frankness. Her husband had apologized for not being more perceptive of her needs. Jane apologized for the intense resentment that grew into bitterness. She even reported losing 12 pounds!

Which she said that, I had to ask her to repeat it because I didn’t think I heard that correctly. You see, Jane’s self-esteem improved when she got rid of the bitterness and forgave her husband. How many times have all of us let resentment and bitterness grow, and then consequently, let that resentment and bitterness fester into self-destructive behavior? When I later reported this to Dr. Michele, we both began to recount the times that we had secretly held bitterness against someone and in turn that bitterness negatively affected our own lives.

Jane continued to improve and now went on our full anti-inflammatory nutritional protocol. Her improvement was so significant that during her next appointment she decided to bring her husband. Because of her impressive success, he now wanted to get on board with a nutritional adjustment as well.

Basically, because he was so impressed with how she was looking, he wanted to do the same thing. So Jane and her husband began the wellness journey together. They even made a fresh commitment to lead their two children down the same path. I saw joy, togetherness, and true passionate love with a common purpose.

Both Dr. Michele and I recently saw Jane and Tom. We could not believe our eyes. Jane had lost over 30 pounds and Tom looked much more trim. Jane even called her husband “buff.” If that wasn’t enough, Tom called Jane “hot and sexy.”

When that conversation started, my gut reaction was to buy them a hotel room. Hotel room or not, we both saw happiness manifested. It made me really understand that happiness, and true wellness, can sometimes start with simply letting go of bitterness and resentment and gravitating toward togetherness.

How many of us need to take a fresh look at that? Is bitterness and resentment holding you back and keeping you from being your best?