Are you believing the lie about sugar? 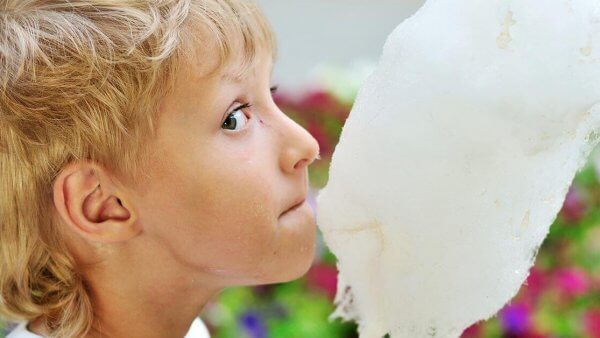 I have always enjoyed the zoo. I am struck by the multitude of animal species as well as their colorful appearances.

To describe the various species, there is normally a sign on the outside of the cage or barrier that articulates the origin, type, and geographic range of the animal inside the enclosure.

Oftentimes, additional signs line the enclosure that read something like this, “Do not feed the animals popcorn, candy, or any other food consumed by humans. These foods cause pose serious injury or death to the animals. Special feed especially for this animal is available for purchase throughout the park.”

It is very evident people read the sign because I rarely see ‘human food’ piled up inside animal enclosures. As a matter of fact I believe expulsion from a zoo would be expected if these clear rules were violated.

Why would ‘human food’ hurt some animals?

There are many reasons, but the primary one is that animal systems are not made to handle the toxic load of the foods that make up the Standard American Diet (SAD).

You may ask then, “Are these foods ‘safe’ then for humans?” The answer is, “NO, they are not.” Toxic is toxic is toxic. Frankly we treat animals better, in general, than we treat ourselves and/or our children.

We tend to feed animals better than we feed ourselves and our children. Tweet Quote

You may wonder how that really can be so. Let me share with you a recent observation.

While having lunch on a business trip with my wife, I was struck by something I had never seen before. I saw the waitress bring something to the table next to us, occupied by what appeared to be a father and son, that blew my mind.

It was a mountain of cylindrical cotton candy measuring by estimations 16 inches high by 10 inches in diameter (I am giving a ‘conservative’ estimate here). I wanted to take a picture but I would have had to stand in line as others began to do the same thing.

I heard comments from others ranging from, “my child would love that”…”that lucky kid”…”I need to bring my child here”.

My wife and I were stunned to watch this child (estimated at 8 years old) eat over half of the pink mountain in less than a couple of minutes. The child seemed so happy and content as he smiled broadly.

The father seemed equally satisfied while watching. I wondered why the father was not eating it, but the answer seemed obvious because he was already many, many pounds overweight. The child, however, was slim.

We have a massive disconnect in our society.

The sugar-laden cotton candy is toxic and damages the organs by its inflammatory nature.

This is why teens today are suffering from weight issues, metabolic syndrome, and type 2 diabetes. Many make the mistake by believing that if a child is not overweight, the sugary food consumption is ok. Is this fair to the unsuspecting child?

The father inherently knows he should not eat that much sugar.

He knows that it would cause him to gain more unnecessary weight. He has failed, however, to link the consequences of his now overweight self with the early, and often, years of toxic overtaxation of his own bodily system.

If it is toxic for animals, why would we feed that to ourselves or our children? Are we as humans somehow immune from toxic overload?

Animal abuse is a big deal.

Do you think the animal would remain healthy? In truth, you may find yourself facing animal cruelty charges. Do we as a society give more thought to the treatment of our animals than we do to our children or/and ourselves?

Have we taken as good of care of our children (and ourselves) as we could have or have we settled for a pattern of neglect?

Today, children (and even adults at times) are rewarded with desserts and pastries that are toxic and dangerous to our health. Is this child abuse or even self-mutilation?

Has today’s culture and society been blindly driven in a dangerous direction with severe health consequences?

I know these may sound radical or even reaching. However, I ask you to take an open look.

However unsuspecting we may be, it is high-time we carefully analyze our own behavior as adults and parents. We have a responsibility to the next generation to lead them down a path of success versus destruction.